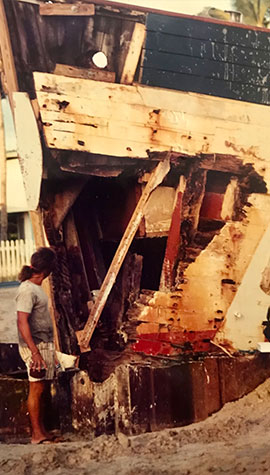 Southern Cross Creations was founded in 1983, by Gary Vasconcellos in Cape Town, South Africa. It began with the commencement of building a 39′ Bongers Sloop.
At that time there were 2 partners, Gary Vasconcellos and Michele Joubert. There were 2 laborers working alongside the partners.
The workshop and “boat building yard” was located on a farm just outside town in a place called Potsdam.
Word got around about the project and soon after the project was underway we were approached to fit out another yacht, a Roberts 37. Arrangements were made and we transported the boat from the factory to our yard at Potsdam.
We also started making furniture to help finance the boat and keep the workshop going through the quiet times.
After operating for a while Gary was forced to recruit a Manager, as we were really busy with the furniture and shop fitting side . Mark Uitenbogardt , under Gary’s supervision controlled the yacht build of the Roberts, while Michele and I looked after the Joinery projects.

In June of 1984 we were approached by an audio visual company, “Avent”, who needed us to build some special items and sets for a launch of a new insurance company merger. A new line of work had begun. SXC continued to serve Avent until its closing in 1987 due to the political climate.
Southern Cross moved operations to St Maarten, Netherlands Antilles (Caribbean) where it commenced with a number of boat refits and large commercial projects.
SXC then re-opened up on the premises of BBW construction located adjacent to the Princess Julianna International Airport.
Dick Lawrence contracted SXC (Gary and Martin Stipitch) to design and fit a fly-bridge to his “Trojan” cabin cruiser “Island Time”.
During this time hurricane Hugo hit St Martin causing extensive damage and sinking Dick’s other boat “The Kidnapper”.
We played an active and vital roll in salvaging the boat and turning it into The Kidnapper Arms’ pup and restaurant. 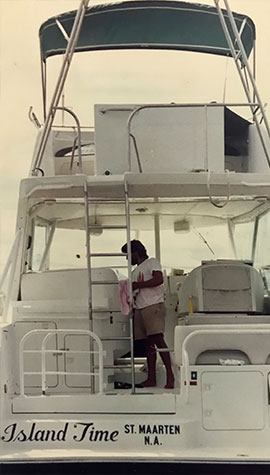 We are open from Monday to Thursday at 8AM to 5PM and Fridays from 8AM to 3PM.

Most Joiners are local joiners who have been working with Gary Vasconcellos since 1996 and have therefore been transmitted all the skills and craftsmanship. 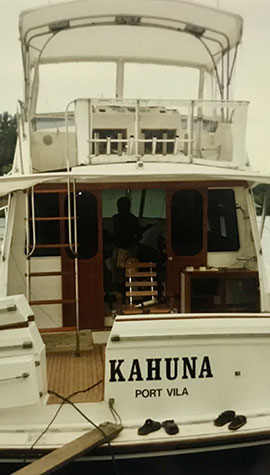 In January 1991 Gary decided to sail westward through the Panama Canal into the Pacific and then to New Zealand. SXC St Maarten continued operations in the Caribbean with Martin as the Owner.
On arrival in New Zealand , SXC (international) and Gary Vasconcellos was sponsored by Mc Mullen and Wing as a subcontractor for the refitting of boats under their charge.
We worked in and around Auckland and joined a Kiwi company, Ocean Spray who had a contract in South Africa to complete a mega Yacht, ‘The Corsta V’. We returned to SA for 8 months to assist with this project. After completion we decided to visit Australia in an attempt to find a slightly warmer climate. SXC were then contracted by Lloyds Ships in Brisbane to build an extension on a Mill Craft 85.
In 1995, after the completion of the Ulysses, Gary moved to Vanuatu and started Southern Cross Creations (Vanuatu). We have gone from strength to strength and continue to serve the local building and boating industry here.

We are available by phone or email…

Simply call in or send us an email.